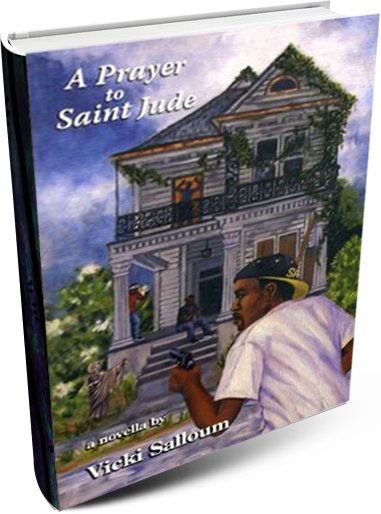 but I know she doesn’t miss a thing. If the end of the world came and everyone was consumed by fire, if Hitler reappeared on earth and cattle prodded the living to hell, she’d take it all in stride, accepting what is. She’s nothing like Orye. Still, he loves her with a grateful heart and has spared no expense.

Each vase on every table contains six pink sweetheart roses. Banners proclaim her name. The dining room comes alive with balloons and party streamers. A rapturous smile lights up his face as he goes about his work polishing the candle sticks, wrapping her gifts, practicing his toast, preparing her favorite meal: sausage soup micaele, paupiettes de boeuf (made with veal instead of beef), saffron pilaf, and, for dessert, homemade praline ice cream topped with cherry-chocolate liqueur. He’s had inexhaustible energy since his wounds finally healed. His vitality and merriment infect everyone around him. Rosey proposes to lead a dance contest. From the kitchen, I can hear the strains of the Neville Brothers.

I open the revolving door to the dining room and catch a glimpse of the stereo and Rosey in solitude. She’s practicing her steps. She doesn’t know I’m here. The intensity of her concentration is fascinating to watch. Her body reacts to the bongo beat, at first slowly, sensitive to the rhythm, feeling it out, tripping lightly with her toes, shoulders swaying, sleepwalking, nodding—attitude, attitude. She suddenly turns sultry, mean-minded bitch, stark, mesmerizing bongos, waddling sideways like a duck, bare feet wide apart, head nodding feverishly like she couldn’t agree more in her life:  Brother . . . Brother . . . . Brother John is gone . . . Keep a singing now . . .

Swinging that weight with all her attitudinal power, arms outstretched, fingers wide apart, hypnotic, out of this world motherfucking glory, when who should burst through the front door but Leah and Lila. They pause, stunned, hypnotically put down their bags, and, tiptoeing with knees raised, follow as if she were the Pied Piper, with nothing on their hip swinging, head shaking minds but He my Brother . . . Brother . . . Brother John is gone . . . then the drums and calypso beat burst out raging and I find myself dancing behind them catching the tableau of how we must appear. The voices, music stop. Orye stands in the doorway. And in the silence and inertia, the ladies, nonplused, quietly scatter as if this happened every day of their lives.

We go about our business, each with her own chores. I am the waitress for the night. Leah and Lila, the valets again. Mr. Rotherford has been charged with distracting the birthday girl. He has taken her on a downtown window shopping trip and, at her insistance, for high tea at Windsor Court Hotel to hear a trio with a cello, and we are expecting them back by seven-thirty. Icy enjoys late dining. In that way, when they arrive, the place will be bustling and, as they make their entrance, everyone will scream, “Surprise!” Orye is busy in the kitchen, the excitement all over him. I hustle back and forth, bringing silverware and china, the glasses sparkling with dry shine. I sweep the floor, look at my watch. It’s ten after six, a tingle runs through me. No one has arrived. I say a prayer they will come, that Orye will be happy and will not be disappointed. He is good people, he deserves that at least. I remind myself it’s early—they will come. They will come.

At six-thirty I glance again at my watch, go stand in the doorway (as if willing them to appear), for there is nothing else to do. A car drives up, a couple gets out. I escort them inside. Leah and Lila drive off with their car. The couple enters, a little surprised they have the room to themselves. I bring their menus proclaiming the night’s fare. There’s something about an empty restaurant decorated for a party that puts a pall on the evening. A panicky thought: I should have run to every house in every neighborhood, told them the meal is free, just get their fannies in gear, and we’ll serve the kind of food that will transport them to paradise. And it will not be a lie, that’s the kind of talent he has. I’d give anything in the world if everyone could know that a genius stands here (too late, too late), anything to get the ball rolling, a fit habitat for a celebration.

Undaunted, Orye chats up his guests as they sip their steaming soup. He brings in a special wine, compliments of the house. He serves them the entrée—he insists upon it—a man in his glory, doing what he was born to do. All hope and expectation, innocence and trust. His dream—mine. And as if by a miracle, others straggle in: an elderly man who came the first night and made a point of wishing him well; a student from Mauritius who was his mentor in my class, taking it upon himself to help Orye and all of us; and all the rest—angels of the night.

It’s not a huge gathering. There are still empty tables. (No officials have arrived.) But it will do, we are grateful. The Olympia Brass Band makes its entrance. We cram them into a corner. They warm up lightly in an undertone: we are awaiting the guest of honor. It’s half past eight. They still haven’t arrived—Icadonia and Mr. Rotherford—and I imagine all sorts of detainments but keep my worries to myself. Rosey has boldly started the floorshow while the others eat their meals. She stands in the tiny space we have created for a dance floor, waving the band on, commencing the movements she has practiced, all eyes on her, putting her hand in the hand of the elderly gent at the front table and leading him to the floor, and to the tune of When the Saints Go Marching In, leads the second line.

A bright red dress on Rosey, a flaming matching hat with a netted veil conceals her eyes. She waves a handkerchief high as the tiny septuagenarian holds onto her waist. Then Orye grabs Leah’s hand and they enter the dance floor, Orye high-stepping with a grace and flamboyance that should not surprise, Leah taking his lead seriously as if she were Ginger Rodgers, magnificent in her glory, complimenting his every move with her own fancy steps and struts, till they all get on the floor, every single guest, shining, following Rosey’s snake-like path, weaving in and out between tables. And as the music and energy explode, a euphoria takes over for one solid moment of bliss, created and stirred, hilarious, intoxicating.

We would not wish to be anywhere else on earth for this one incandescent moment. We giggle and gasp. They go back to their meals. And as Orye slices the birthday cake, reality sets in. A tightening of the facial muscles, his thoughts turn inward, intense, subtle, frightened with the onslaught of memory, but saying nothing, like a man, keeping his worries to himself as he goes back into the kitchen. I follow with a load of plates. I can’t keep my mouth shut: “Where the hell are they?”